ABOUT THE SUSIE SPECTOR FOUNDATION

Longtime Los Angeles County Deputy District Attorney Debbie Knaan and her husband, Eli, became first-time pet owners in 1998. Their first two dogs, Ziggy and Spice, immediately captured Debbie’s heart and eventually transformed her life. Over time her house became a loving home to a steady stream of rescue dogs, and her compassion toward dogs expanded to include all species of animals. As Debbie’s love for animals grew, so too did her awareness of the widespread problem of animal abuse and neglect.

In 2004 Debbie was appointed by the mayor of Los Angeles to serve as a Los Angeles City commissioner on the Board that manages and sets policy for the Department of Animal Services.  The Department operates the six public animal shelters within the city of L.A..  Debbie continued to serve on the board until she was recruited to work full time for the Department as its Assistant General Manager of Operations. Granted a leave of absence by the District Attorney’s Office to serve in this capacity, Debbie’s duties included supervising the shelter staff, as well as the the field officers who enforce all animal-related laws in the city of L.A. and investigate cases of animal cruelty and neglect.

In 2007 Debbie returned to the D.A.’s Office to create a new unit dedicated to prosecuting animal cruelty crimes.  Since then Debbie has supervised a unit which is comprised of 28 specially assigned and trained prosecutors who review and prosecute all of the serious felony, and many of the misdemeanor, cases in L.A. County, in which an animal has been mistreated and abused.

Her efforts were successful: the Animal Cruelty Unit of the Los Angeles County District Attorney’s Office has received nationwide accolades as the first and largest animal cruelty prosecution program in the country. While Debbie has maintained her position as the head of the unit, she has also become a sought-after speaker as a recognized expert in the area of animal law, and has successfully drafted state legislation designed to better protect animals.  Debbie also devotes a large part of her efforts to training law enforcement and animal control professionals on how to effectively investigate animal cruelty crimes.

She didn’t anticipate the new opportunities that awaited her.

In 2011, Debbie received a phone call from a long-time Los Angeles resident, philanthropist, and animal activist. The caller introduced herself and explained that she was committed to making sure that, as her own days of fighting to protect animals drew to a close, there was someone to carry on in her stead. The caller said she’d decided that Debbie fit the bill. As she got to know Debbie and Eli over the years, the caller entrusted them with the honored task of insuring that animals receive the respect and care they deserve, leaving funds with which to pursue this goal.

The caller passed away in 2013. Her name was Susie Spector. The Susie Spector Foundation is the reality of Susie’s lifelong vision.

Our mission is simple but powerful: Raising awareness through education to inspire change in attitudes and actions that impact the welfare of animals. Each of our programs focuses on a common vision: to insure that every animal enjoys a safe and compassionate environment free from any and all types of abuse…the way that Susie would have wanted it. We hope you’ll join us in our mission. Find out how you can Get Involved.

Raising awareness through education to inspire change in attitudes and actions that impact the welfare of animals. 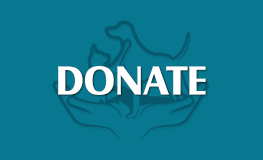